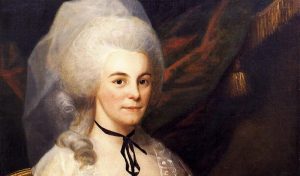 Hamilton dramatizes the life and death of Alexander Hamilton. It has also put Elizabeth Schuyler Hamilton (1757–1854) back in the narrative for her role in creating and leading a pioneering orphanage. Originally known as the Orphan Asylum Society of the City of New York, the institution still exists and is now known as Graham Windham.

Access the full article, courtesy of The Smithsonian, here