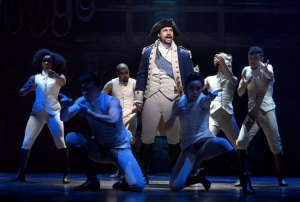 With a record-breaking sixteen Tony Award nominations for his hit musical Hamilton, Lin-Manuel Miranda will soon have to clear some space on his trophy shelf next to his Grammy and Pulitzer. But there is something remarkable about the play that all the critical acclaim has missed entirely. Reviewers have rightfully celebrated Miranda for telling the life story of one of America’s greatest Founders using energetic numbers, a multiethnic cast, and a strong emphasis on hip-hop. Yet Miranda has not received due credit for an important and distinguishing characteristic of his musical: his unique approach to what is unknowable about the past. His script makes it clear that there are significant gaps in the historical record concerning Hamilton and his times. Of course, the play takes liberties, as any historical play must–and has a great deal of fun in the process. But in numerous places, Miranda shows us the limits of what we can know about the past.