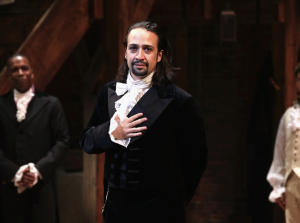 Historians are, by and large, delighted that Hamilton has brought so much attention and interest to the founding era in American history. Lin-Manuel Miranda has attracted diverse, young audiences and made them excited about history in unprecedented fashion. There are many songs that are historically on-point, although as a piece of art, the play takes some liberties with chronology and alters some historical events. What concerns historians most are two of the main messages of the show: